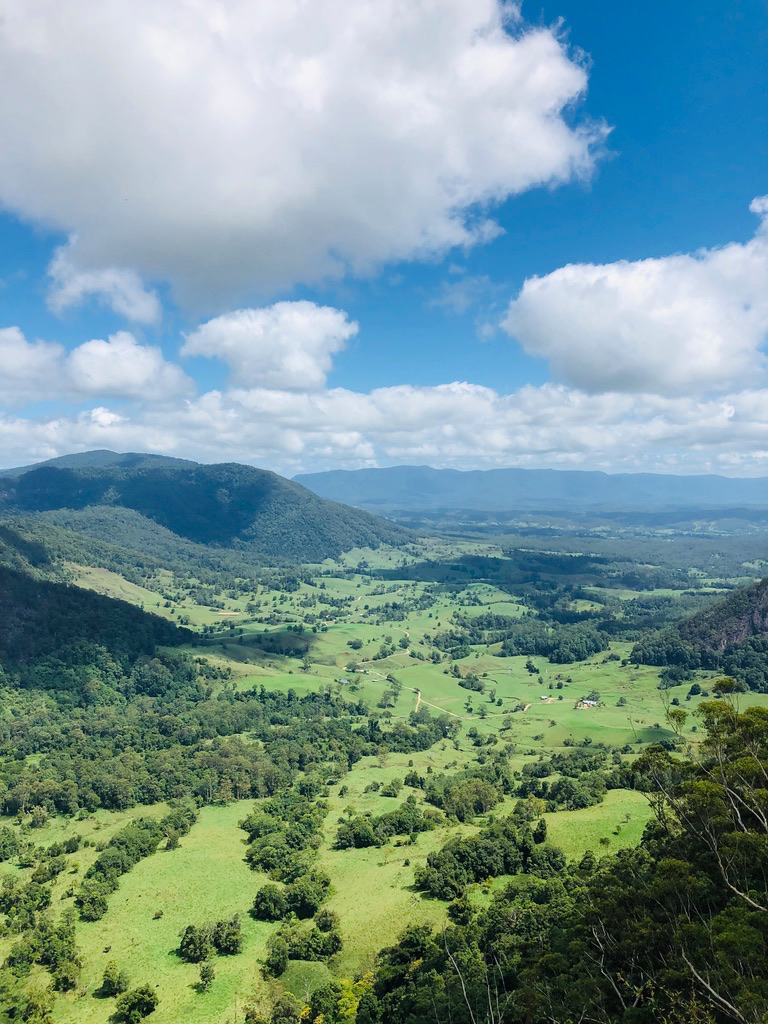 A few months ago in deep Byron Hinterland, I explored an opportunity to get creative in the ways I was navigating life and it surroundings, I’d been struggling for a number of years, asking deep questions about my purpose, the purpose of all things and riding the waves of the high’s and lows that come with that journey.

From deep dark depression to pure elation and joy, my life had been swinging from one extreme to the other and knew I needed answers due to the impact this was having on my life and my family.

I’d heard about Ayahuasca ceremonies a few years back and thought wow that sounds interesting. I added it to my bucket list and didn’t think about it for a few years. I thought if the opportunity ever presented itself and it felt right I would go for it but seeking it out didn’t feel like the right action.

About 6 months ago my mental health was really being challenged, we’d been spending most of our savings on just getting by and I worried a lot about my 3 year old son Noah’s future.

There was a lot of negative self talk and fear was taking over. The world seemed like a really grim place. I was still able to function reasonably well and get to work for example but life felt unnecessarily hard. I knew I needed help.

So I reached out to a brotherhood. I’d worked with psychologists on and off for the past 10 years and they were all fantastic, however I needed something else and this intuitively felt like the right thing.

I connected with a friend and past mentor who I know was hosting retreats and coaching people in what he refers to as “living in flow”. My main intention, to surround myself with others who were walking the same path, to come together, to share, to grow and to seek help. It felt like exactly what I needed. I later found out that Ayahuasca was part of this gathering and it felt like it was the right time.

I arrived at Ballina airport, NSW, with my suitcase and surfboard over my shoulder. I jumped in the Uber and was on my way. Little did I know that this was to be the beginning of the most powerful healing ceremony and life changing experience I had ever been through.

My Uber driver was a legend, a father and a hard worker, he was from Estonia and told me all about it, it was fascinating. As we drove into the Hinterland he focused on driving. The roads weren’t easy to navigate. Pretty soon we were very isolated, he mentioned that maybe I should take his phone number in case something happened out here. I assured him that all was ok.

He mentioned it again 3 more times before arriving.

We pulled up at the house, complete isolation, mountains all around us. I was greeted by my friend Jiro, and the Uber driver relaxed and went on his way.

The brotherhood came together, a group of 10, we got to know each other and opened the ceremony, inviting in ancestors and paying respect to the sacred land, we were introduced to elder Colin (Cosmic Col), who was the holder and grower of the medicine we would be drinking. A unique and magical brew that combined the spirit of the Amazon Rainforest and the beautiful Acacia of Australia.

After a solid night’s sleep in the fresh country air, we woke early to climb a sacred mountain, bathe under a sacred waterfall and return back to the house for light lunch, evening was drawing closer, we watched the sunset together and then it was time for ceremony.

I was completely shitting myself…..

We gathered in a circle on the large deck, overlooking the mountains, elder Colin gave his last words and it was time to drink. I watched as the others went up first, patiently waiting my turn. I was nervous. I felt like I’d been waiting for that moment my whole life.

Eventually my turn was up and I drank the sweet brew before returning to my seat. It tasted sweet, yet bitter. Pungent yet flavoursome.

After waiting for what felt like an hour, I began to wonder if nothing was going to happen. By this point I’d decided to lie down on my mattress (still in the circle) and curl up under some blankets. Others in the circle had already purged, one through violent vomiting and one another though crying.

I was starting to feel sleepy but was nervous I’d sleep through it and miss the whole thing. Eventually I surrendered to this urge and this was when the medicine took over.

Mother ayahuasca seized the moment and immediately sunk in her claws, she was in full control. Straight away I was catapulted higher and higher up into the universe, full on space travelling. I entered the spirit of what I can only describe as the creator, looking down at life on planet earth form above. And I could not stop pissing myself laughing.

Straight away I understood the cosmic joke that is life and the universe.

I remember looking down on my life from above, as an observer and thinking hahahahahahah look at this guy taking life so seriously, that is hilarious.

The laughing continued for what I’m told was several hours, violent, violent laughing. I did not vomit as most do after drinking ayahuasca, laughter was my purging and it dislodged some seriously deep shit that had built up over the years.

So that was download 1. Second download was when my wife Ellie and my son Noah came to me amongst a vortex of magical colours and patterns in some weird alien universe I had found myself in. They weren’t with me physically but they were spiritually. I knew in that moment that no matter what happened in the physical life I would always be connected to both Ellie and Noah through spirit and I need not fear losing them in any capacity.

This was a fear that I had developed after we almost lost Noah to a choking accident when he was 1.

This again was a huge breakthrough.

I no longer feared death, I could see the afterlife and it looked pretty cool. I realised that I could live my life without these fears and it was obvious they were not serving me. Instead I needed to practice surrender and live for each moment.

Its was a powerful realisation.

My third download began when I morphed into a snake, or most likely an anaconda as I found out the next day.  This is due to the origins of the ayahuasca vine coming from the Amazon Rainforest. Therefore, morphing into an anaconda is quite a common experience I’m told.

So I was a large snake, slithering around, and by this the Sharman had put me in my own room because I had been laughing so loudly. So here I am in this room weaving my way around, stretching my body in ways it had never been stretched, truly embodying a large snake.

What I felt during this 1-2 hours of being a snake was complete intuition, I moved my body in ways that felt intuitive. I navigated by feel, if I hit something firm, like the edge of the couch I absorbed the impact like a sponge, then softened and continued on my way. I could feel the seasons changing, autumn and winter were coming. Initially I was quite active as a snake and then slowly, slowly I began to slow down. The medicine was starting to wear off and Mother ayahuasca was releasing her grip.

It was awesome, I knew I needed to live my life like this going forward. More in sync with nature.

I can honestly say that this was the most powerful and life changing experience that I have ever been a part of. However, the most challenging part of an experience like this is always the integration back into the real world. However I feel like I have definitely navigated this fairly well. There has been some ups and downs in the past few months since the ceremony, however I’ve been able to navigate these challenges much more easily and found myself asking the question “how can I surrender more deeply into this”.

This is a powerful question to ask during times of struggle and I know that if I continue to practice this then I can truly live purposefully and in flow.

So this experience is a new tool in my tool kit when life throws up challenges.

It’s certainly not a fix or a solution, I still have to do the work but I now have enormous clarity regarding what is right action for my life going forward.

My very first Ayahuasca ceremony is something that is still serving me to this day. If things are coming up I can sit and meditate and drop back into snake mode to intuitively feel out decisions. Or sometimes the physical world feels like it is losing its sense of magic, for example when the weather is dark and I’m caught up in the busyness of my new job. In these times I can sit and meditate, astro travel and go back to that place of pure magic, therefore reminding me that life is magical and sometimes the magic is just hiding.

Do I recommend Ayahuasca, no, it is not something I recommend. She is a powerful goddess who can make or break you. My advice, if you are on this path and seeking answer is to do the work, meditate, do yoga, or whatever else you need to do and let her call you when you are truly ready to receive her wisdom.

Seek her services too early or try to force something that you are not ready for and there could be dangerous consequences.

Also make sure if you are committing to a ceremony you know and trust the people you are doing it with, do your research, make sure your Sharman is genuine and there for the right reasons.

Thanks for reading and I hope you enjoyed my recount of this experience, if you have any questions please reach out.